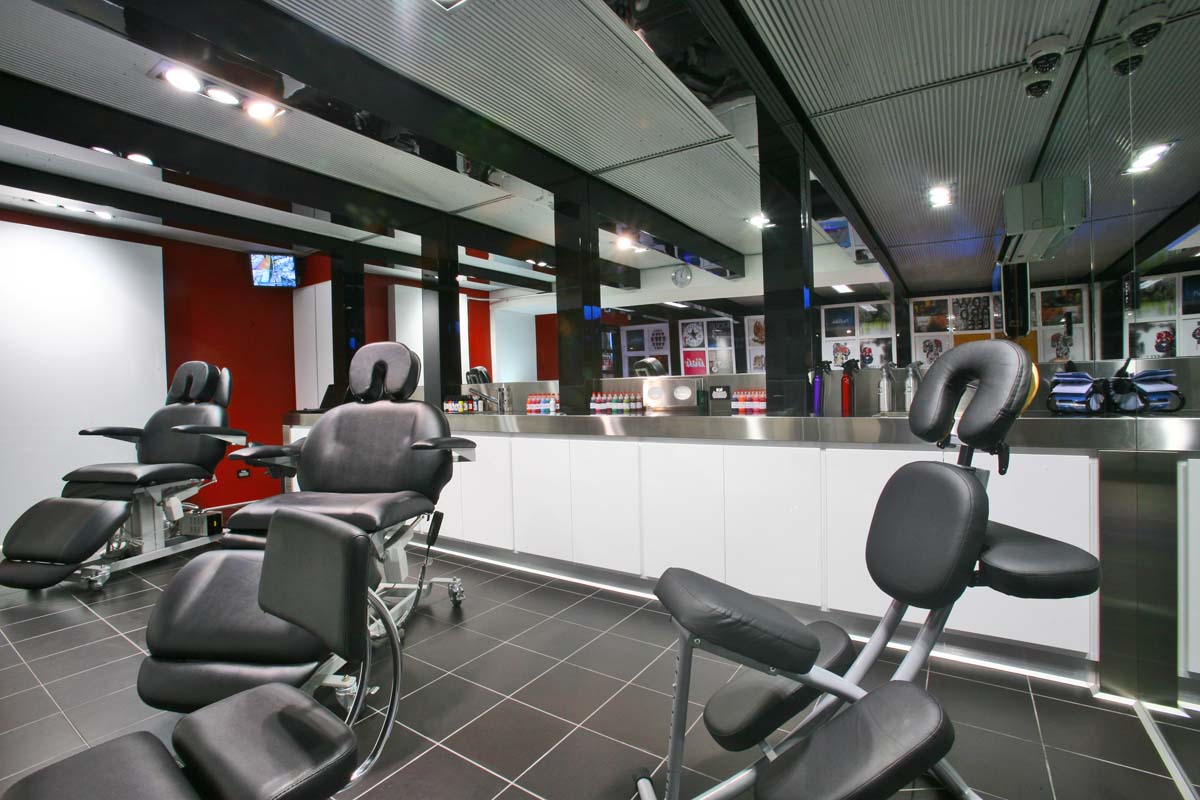 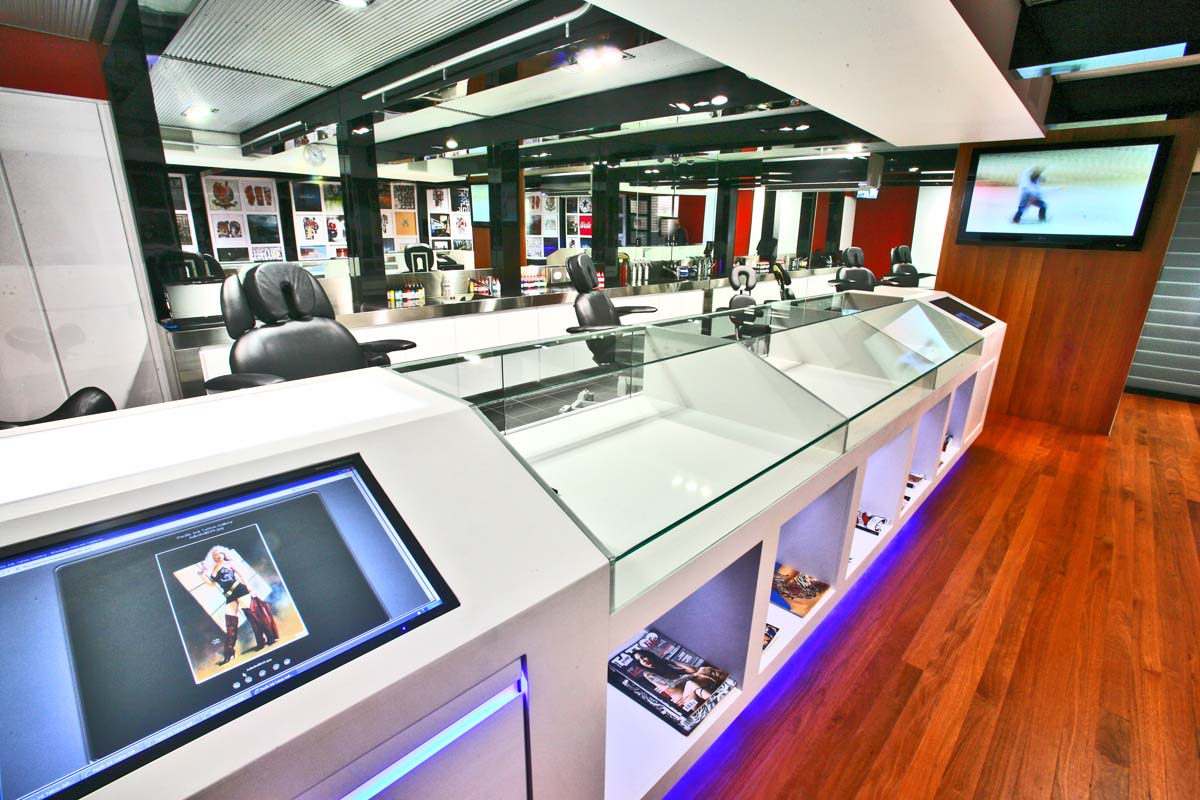 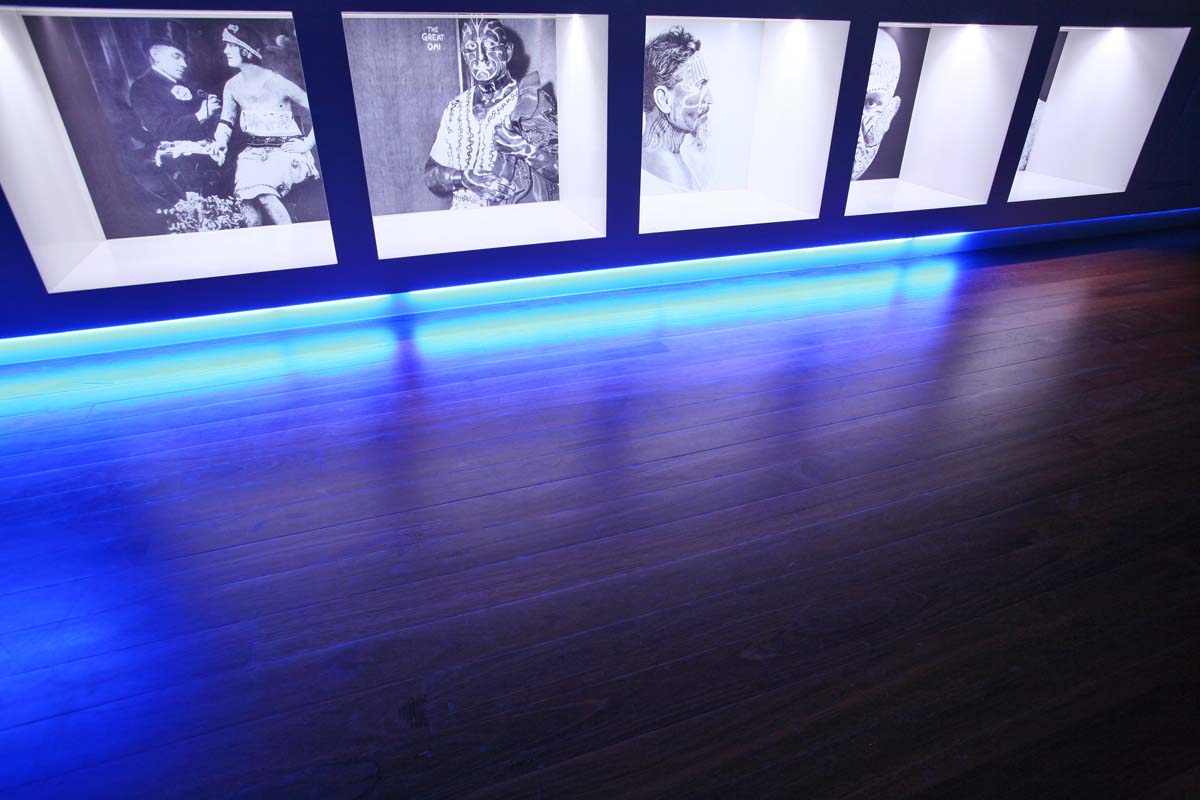 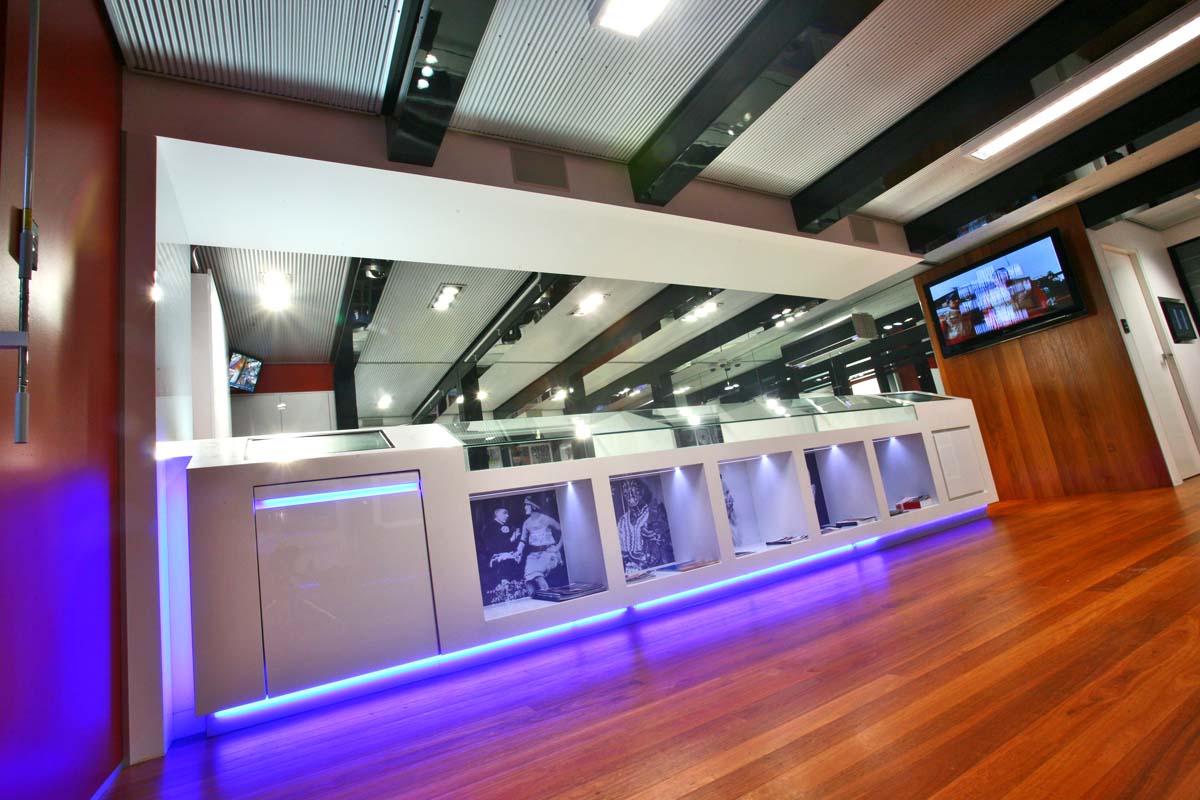 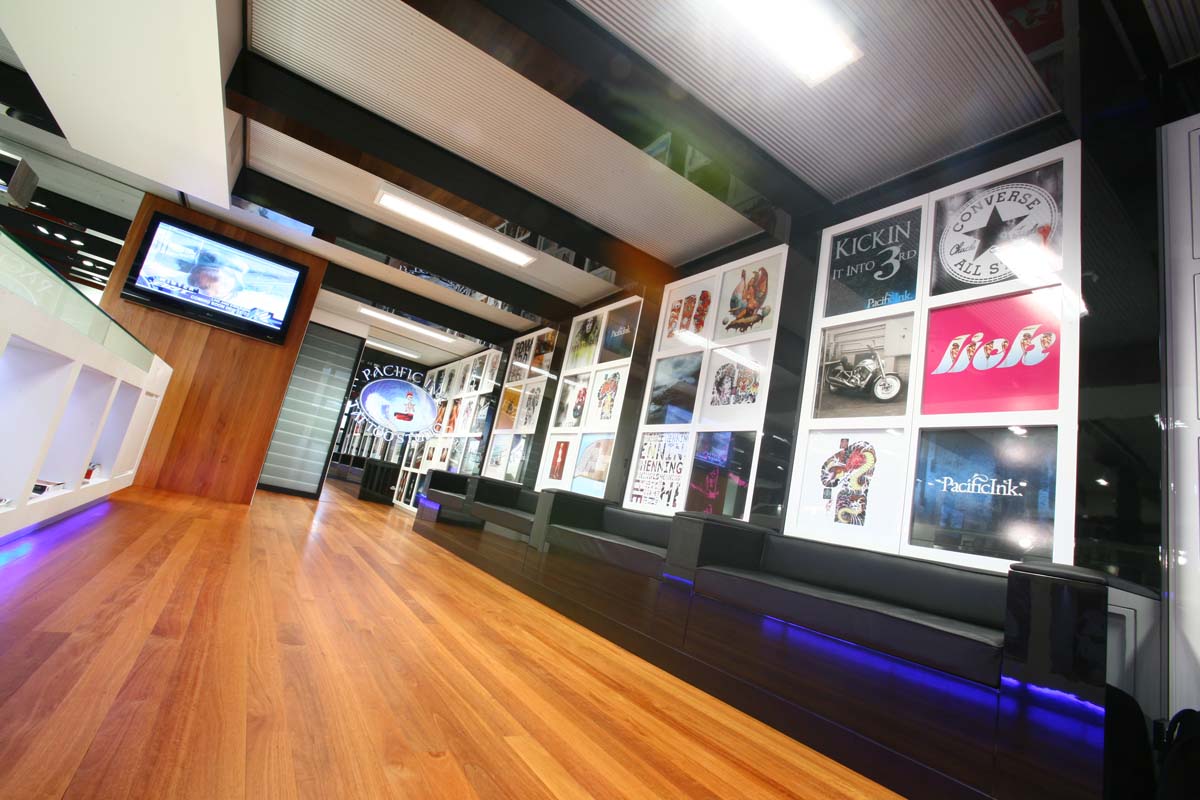 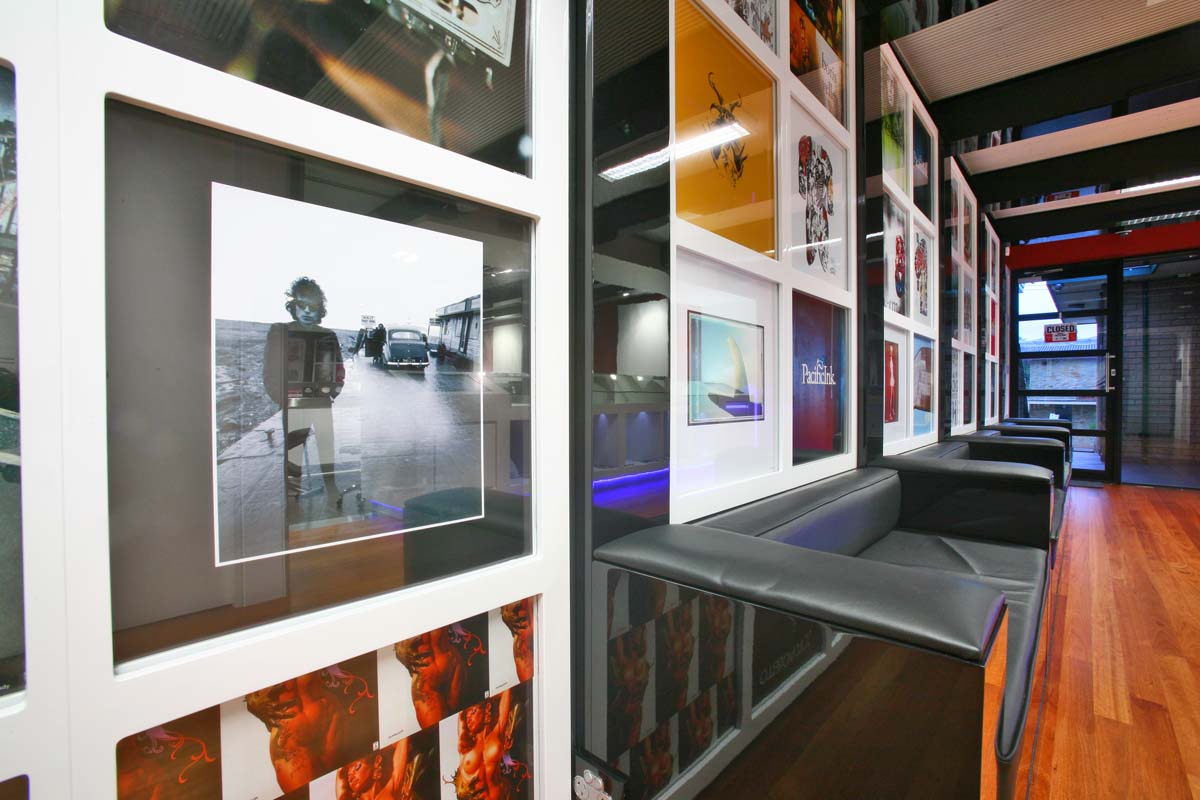 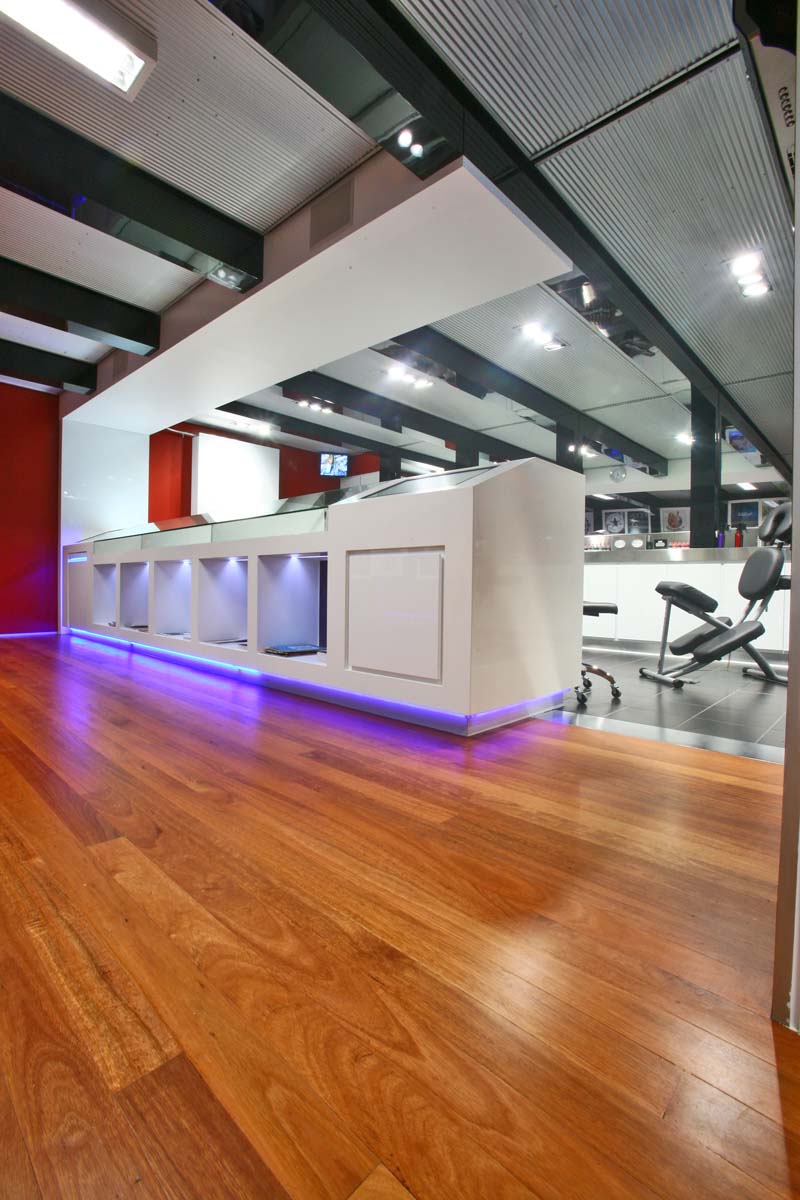 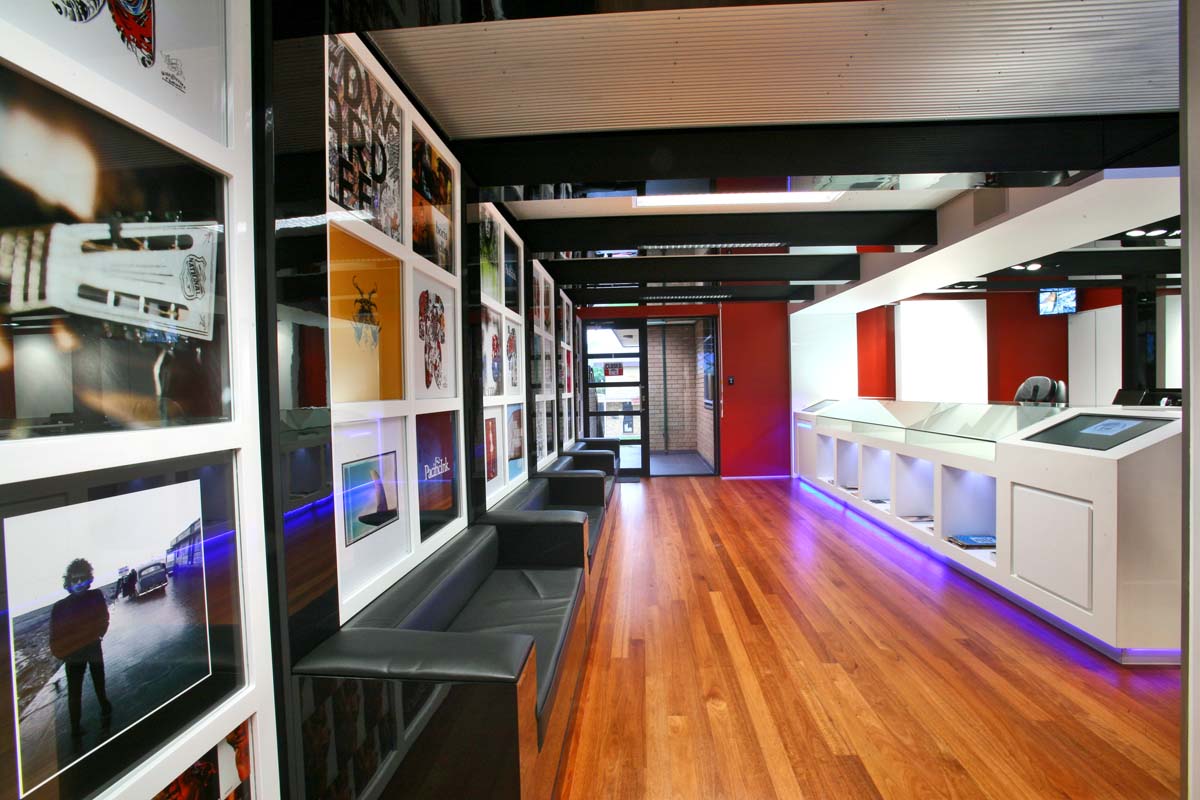 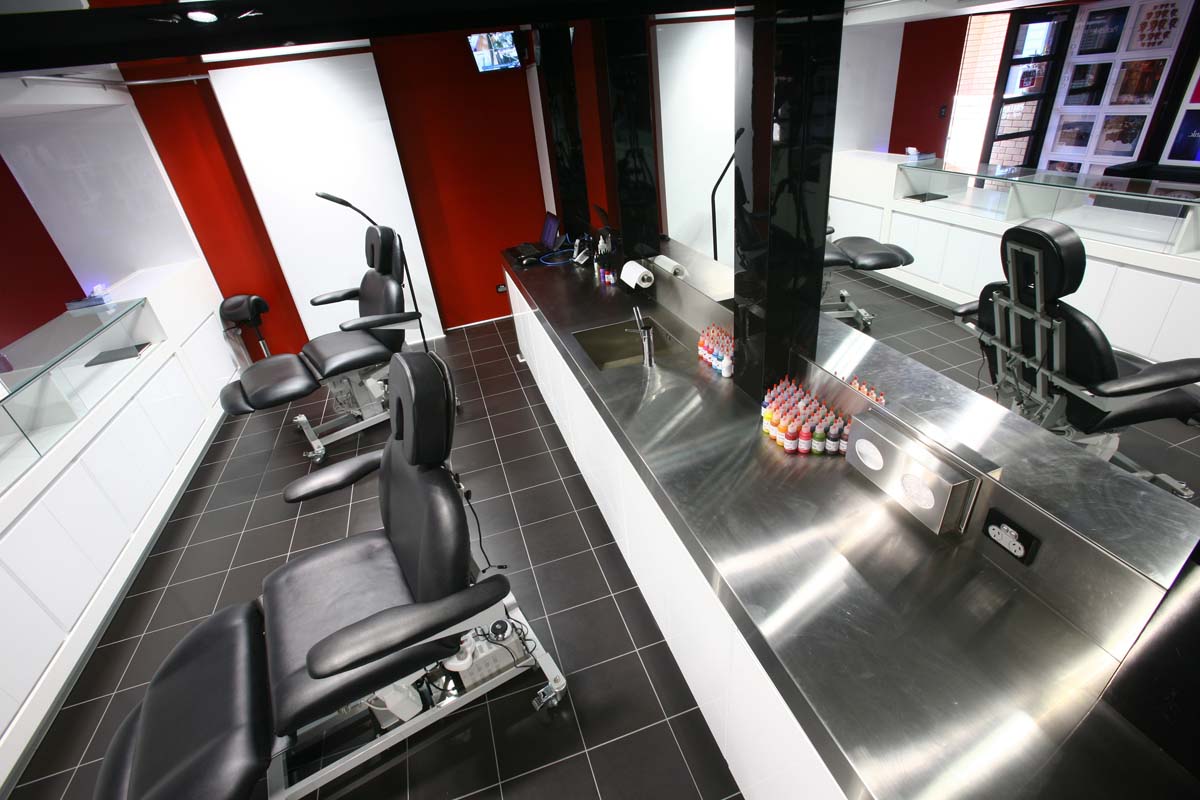 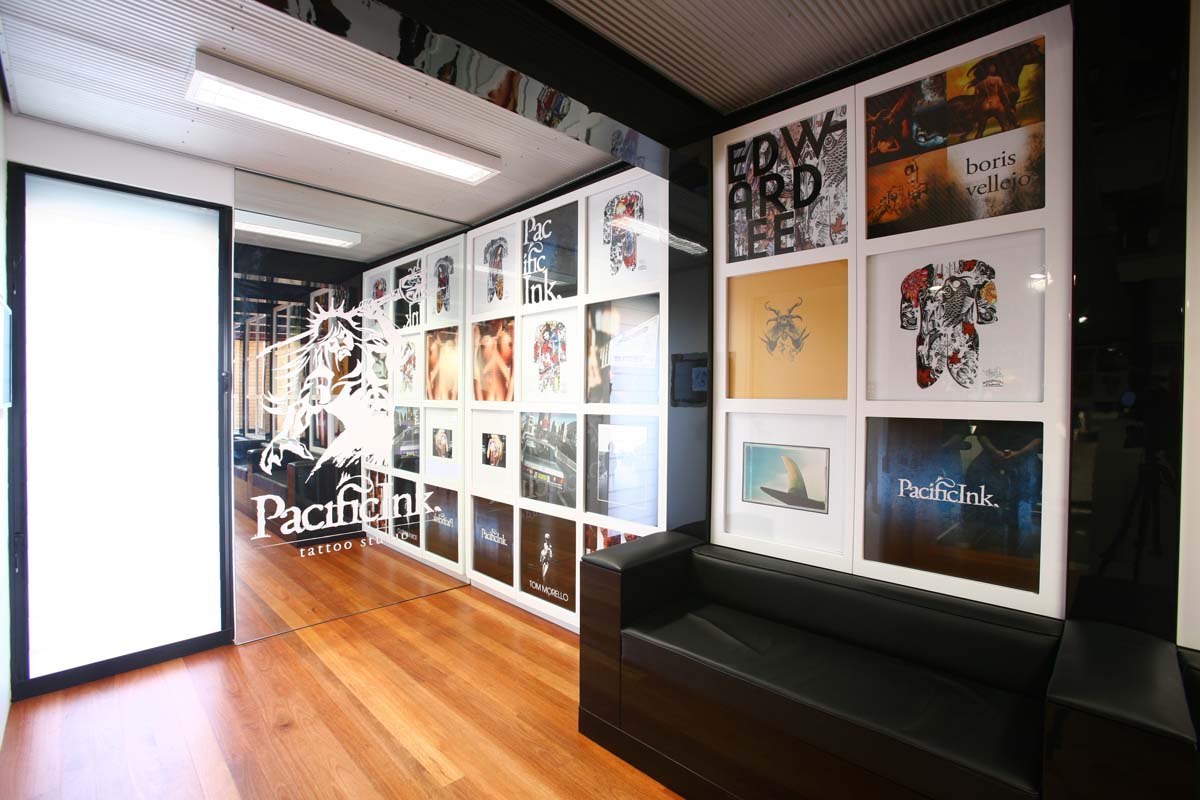 Long regarded as unhygienic, unsafe and confronting to the general public, tattoo parlours have been getting a bad rap. Taking on the challenge to re-establish the way people perceive tattoo parlours, Hall Constructions and the architects set out on a vision to create a highly contemporary space that would invite people in with a feeling of class, security and fun through the introduction of interesting materials and finishes.

Overall, the approach was very simple with the interior divided into three functional spaces. The main public space allowed people to interact with touch screen devices to explore the possibilities as well as finding comfort in the custom leather lounges crafted by the team at Hall Constructions. The tattoo space could then be sectioned off from the public to form a private area for those having body art being applied.

Tattoo history was a key reference point throughout, acknowledging cultural references and respect to the industry.

A slicker contemporary scheme of stainless steel finished and high gloss white surface contrast against the warm blue flooring and cladding found within the public space. Mirrors were effectively used and installed to create the illusion of space and visually expand the relatively small parlour.

The highest calibre of finishes, sound, lighting and power systems were thoughtfully considered, ensuring the overall design and visual interest was maintained.